Another New Challenge Faces The Wanderers

The Wanderers return home this week and once again face a new challenge. Dinas Powys are the visitors.

“It may be a cliché but there are no easy games in this league and despite Dinas being new to the league they will be up for this game” commented coach Lewis Johnson. “There are some well known faces in their squad and I’m sure they will want to get one over on us.”

After the comfortable win over Porth the Wanderers make a few changes to their starting line-up. Jose Kabila, who impressed from the bench gets a start and Dan Apsee moves back to his more accustomed position of number 8. James Murphy replaces Kristian Smith in the second row. The bench will be finalised after some late fitness tests. 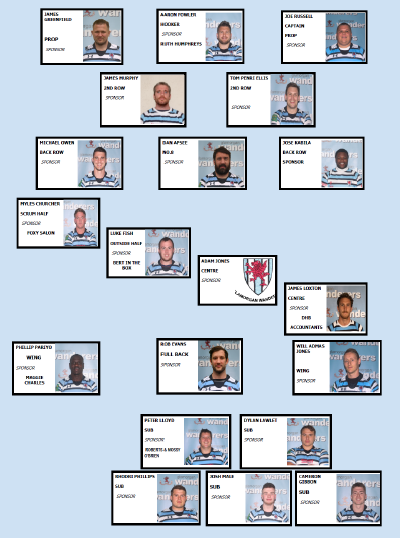 No Replies to "Another New Challenge Faces The Wanderers"